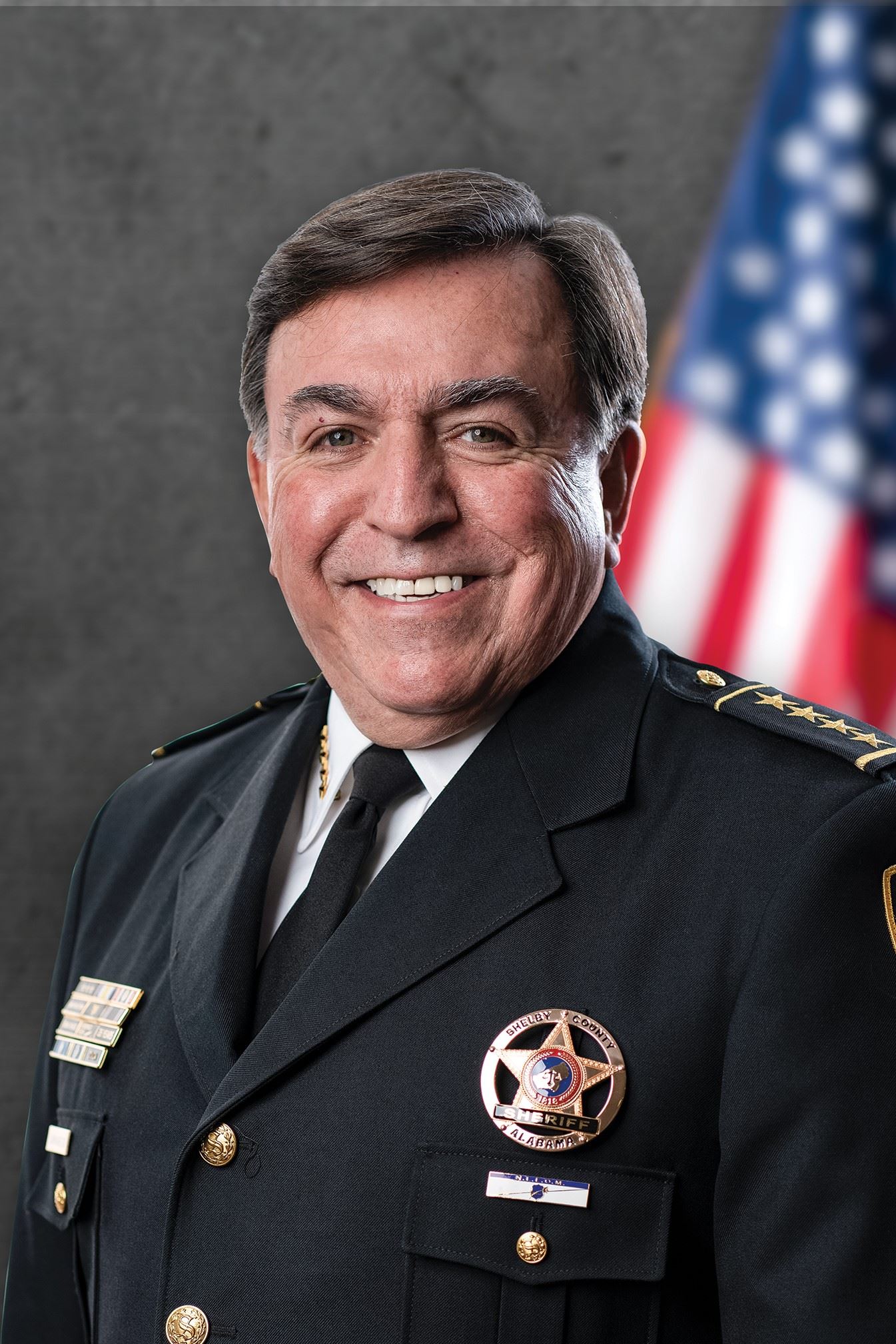 Sheriff John Samaniego was elected as the Sheriff of Shelby County in 2014 for his first term, and took office on January 20, 2015. He was re-elected for his second term, which began on January 14, 2019. Sheriff Samaniego currently serves the 212,000 citizens of Shelby County, AL, as the chief law enforcement officer of the county, and is responsible for the management of operational and administrative needs of the Shelby County Sheriff’s Office to include a 550 plus bed jail facility and over 240 employees. Sheriff Samaniego is responsible for the management and allocation of public safety resources and services from the $22 million annual Sheriff’s Office budget. He has a broad range of experience in administration, management, budgeting, grant management, and grant procurement.

Beginning his law enforcement service over 40 years ago, after graduating from the University of Alabama, John worked for the Tuscaloosa Police Department where he dedicated more than 20 years to Narcotics Investigations before being promoted to Assistant Chief of Police of the Tuscaloosa Police Department. He first came to Shelby County as the Chief Deputy of the Sheriff’s Office in 2003, and he served in this capacity until he was elected to the office of Sheriff in 2014. In his 40+ years in law enforcement, over 25 years of this experience has been in supervisory and command-level roles.

Sheriff Samaniego has numerous former and present professional positions and memberships with the following organizations:

Elected to Board of Directors for State of Alabama, ROCIC (2012-present)

President of Partnership for a Drug Free Tuscaloosa County (1996-1998)

Sheriff Samaniego also has numerous professional trainings and academy graduations, including the following:

Graduate of the US Secret Service Executive Protection School (2008)

Graduate of the CEO Training, National Center for Missing and Exploited Children (2000)

Graduate of the University of Alabama Law Enforcement Academy (1977)